Skip to content
The BeluxCham Vietnam Annual General Meeting (AGM) was held on Monday, 07th March 2022 at Belgo – Phan Xich Long with a total of 35 members attending both online and in person. During our AGM, Mr. Bart Verheyen – BeluxCham Chairman shared an update on the BeluxCham Statutes, reports of BeluxCham Vietnam activities over the past year, membership overview and an outlook of our upcoming events for the new year. A financial review of 2021 and the budget of 2022 was also given to members.
It was a privilege to have with us Mr. Paul Jansen – Belgian Ambassador, Mr. Marc RIFFLET – Deputy Head of Mission, Mr. Gricha Safarian – Honorary Consul of Belgium in Ho Chi Minh City and Mr. Eric Bletard – the Economic and Commercial Counsellor at AWEX.
We would also like to announce and congratulate the results of the election for the BeluxCham Vietnam Board in 2022 – 2023 as follows:
• Mr. Bart Verheyen
• Mr. Guy Balza
• Mr. Ludo Drijbooms
• Mr. Erwin Debaere
• Ms. Evelyne Kestelyn
• Ms. Mimi Vu
• Ms. Tran Huyen Nhung
• Mr. Stefan Poppe
• Mr. Koen Soenens
At the same time, we said goodbye to Mrs. Bopha Sem who decided not to run for re-election at the end of her term. On behalf of the Board, we would like to say a big `Thank You` for her contribution, support and passion.
We have been very fortunate to have her as vice-Chair HCMC and we enjoyed working with her. Bopha, we wish you all the best for the future!!!
Special gratitude for our sponsors of this year`s membership gift pack:
– Belgo Belgian Craft Beer Brewery
– MEDiCARE Vietnam
– Mentally Fit Vietnam
– The Cocoa Project
– Perfetti Van Melle Vietnam
– Baba’s Kitchen – District 1
– The Beauty Garden
Thank you to all our members for attending the AGM and for your continuous support and contribution over the past year. We look forward to seeing you at our upcoming events.
Photographer – Sang Nguyen Corporate Photos & Videography 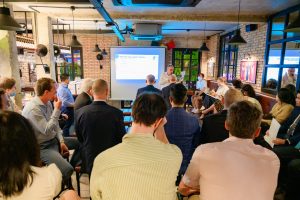 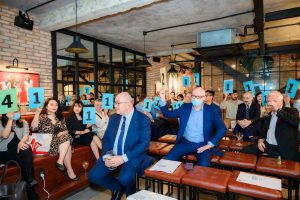 On 17 January 2022, Mr. Bart Verheyen – Chairman of BeluxCham Vietnam had a meeting with H.E. Mr. Nguyen Van Thao – Ambassador of Vietnam to Belgium and Luxembourg/Head of the Mission of Vietnam to the European Union.

Both men met to follow up on their previous meeting last November 2021.

After Mr. Bart`s debriefing on his visit to Luxembourg, Mr. Thao and Mr. Bart fine-tuned the key areas of cooperation for 2022-2023 between the VN Embassy in Brussels and BeluxCham. Both the Ambassador and Mr. Bart reconfirmed their strong commitment to supporting each other to achieve a successful outcome in several joint projects.

On 11 and 12 January 2022, Mr. Bart Verheyen – Chairman of BeluxCham Vietnam visited Luxembourg to strengthen BeluxCham`s ties with companies there as well as with the Luxembourg authorities.

During the first day, he met several companies which are planning to start or to scale up their activities in Vietnam.  The meeting results were very welcomed by those companies as they got firsthand information and appreciated BeluxCham`s strong commitment as their local Chamber in Vietnam.

They discussed several initiatives on how both the Luxembourg Government and BeluxCham will further strengthen the business relations between Luxembourg and Vietnam.

On the second day, Mr. Bart met with Mr Philippe Linster, CEO of  House of Startups (HoST), Mr Alex Panican, Head of Partnerships and Ecosystem at Luxembourg House of Financial Technology (LHoFT), Ms Cindy Tereba, Director International Affairs Luxembourg Chamber of Commerce and Mr Malik Zeniti, Director of the Cluster for Logistics. These meetings aimed to introduce BeluxCham Vietnam and to discuss cooperation opportunities between BeluxCham and these organizations in the near future. We are pleased to announce that the Federation of Belgian Chambers has renewed our Accreditation as bilateral Chamber for the next 3 years!

The BLCCA accreditation is an officially certified quality label that gives our members the confidence that we are a professional, trustworthy and competent partner to work with.

Being part of the BLCCA global network also means more opportunities and leverage for our members!

On 16 December 2021, BeluxCham Vietnam concluded a Memorandum of Understanding (MoU) with more than 10 other BeLux & EuroCham Chambers in Asia. This MoU is the next step in our ever-increasing pan-Asian collaboration and serves to provide more benefits to our members.

Chamber members are now invited to review the event calendars of the participating Chambers and when interested, participate on the same conditions as members from the organizing Chamber. This applies to webinars but also to in-person events, which is especially attractive once business travel fully resumes.

The participating Chambers in this MoU are:

Please reach out to your account manager for more information on this great new development, or to immediately register for an event of your interest!